The following figure shows the replacement process of the composite membrane: 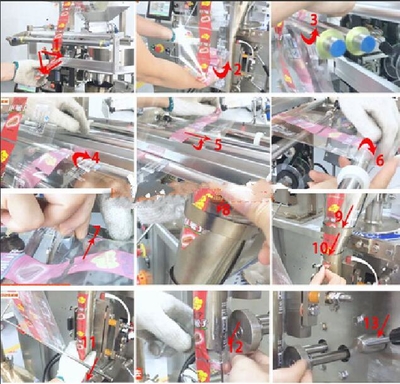